The total time for design, construction, iteration, play-testing, and finalising was two weeks per level.

The process for producing levels was established when the ‘first playable’ level was created. Each one follows these same basic steps.

Block out and Tile

The first stage of construction was to place the tiles that defined the level. The level is set on the surface of Ceres, so it uses the ‘Ceres Surface Ice’ tileset. To ensure some visual variation and to give the player and indication of the depth I used the ‘Ceres Deep Rock’ tileset for the lower half of the level.

Once the level was tiled I added collision objects. Gamemaker Studio implements the Box 2D physics system and I used this for the core of my game. Whilst this delivers fluid flight mechanics it was not compatible with a tile based collision system, the tiles don’t exist in the physics world.

To define the physical space of the levels I used a collection of invisible collision objects. These were placed behind the tiles and had their draw event disabled. This created the illusion that the dynamic game objects were colliding with the displayed level. 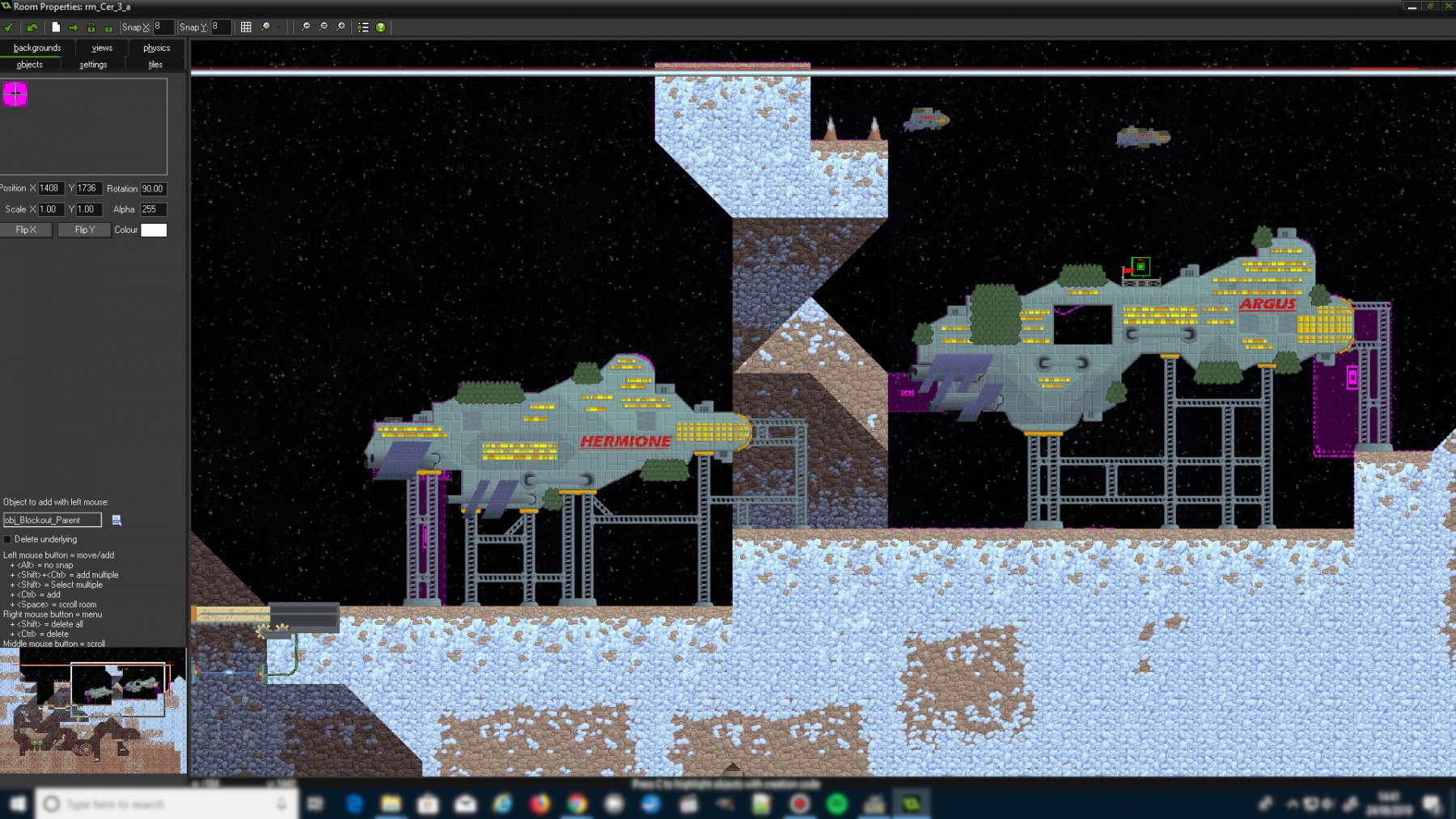 I then added the core features of the level, the minimum amount to play it. This was the player spawn object, the two fuel tank objectives, and the door/switch puzzle.

With this done I was able to play the level for the first time, testing the functionality and judging the space. I flew through the level and determined if it would be comfortable navigable by a novice player. My aim here was to ensure there were no areas that were too confining, it would be fair to restrict the players movement and overly test their flight control skills this early on. 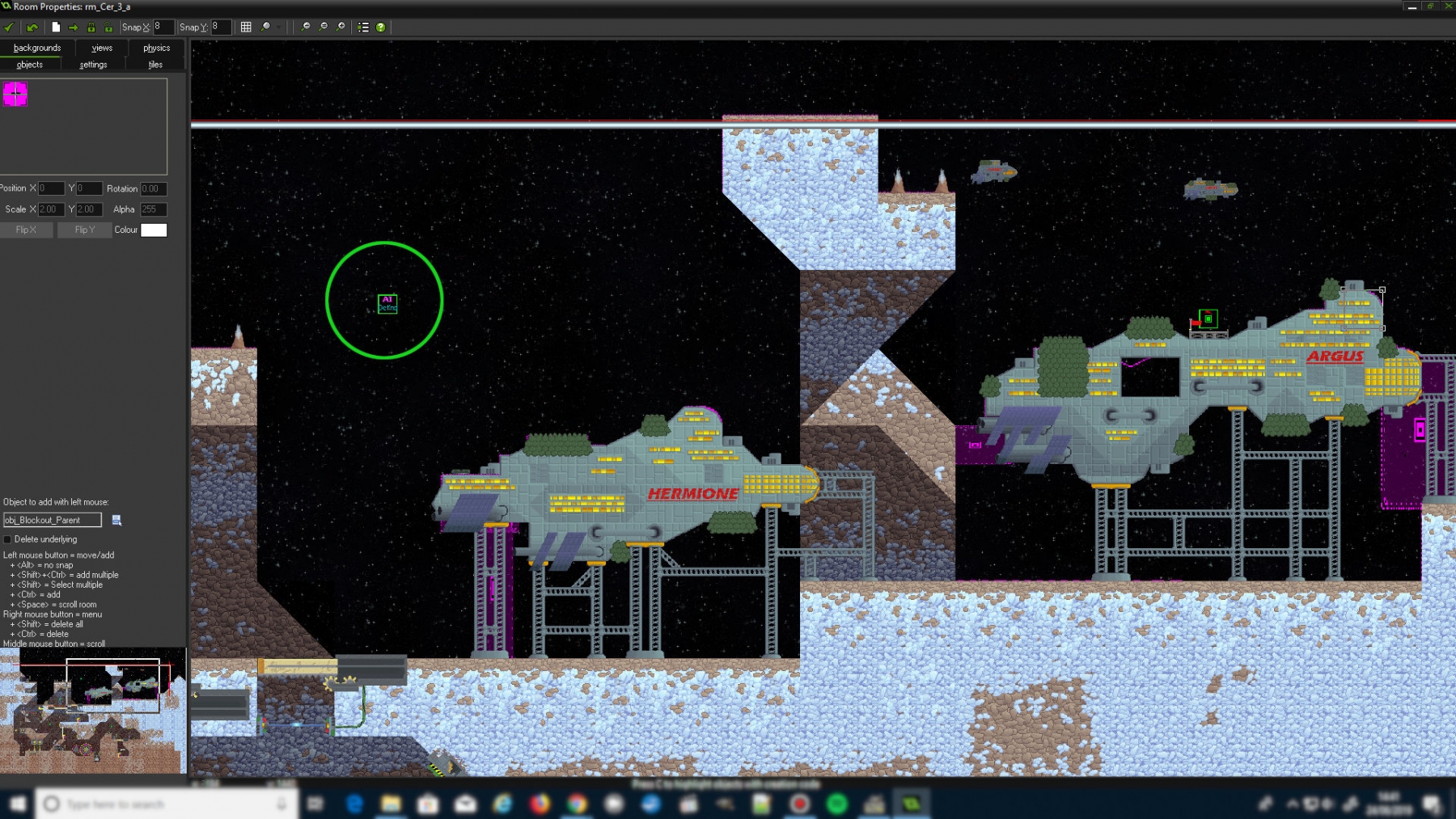 I added the turrets and spawners according to the design. The turrets were placed at key fixed positions.

‘Ai defend’ markers were then placed along the route to the objective, this would guide the Ai pods to positions where they could intercept the player. spawners placed away from this main path. The spawners were each assigned basic level 1 ‘pods’ with one spawner assign a level 1 ‘watcher pod’. Each had a spawn limit of two and slow re-spawn rate. 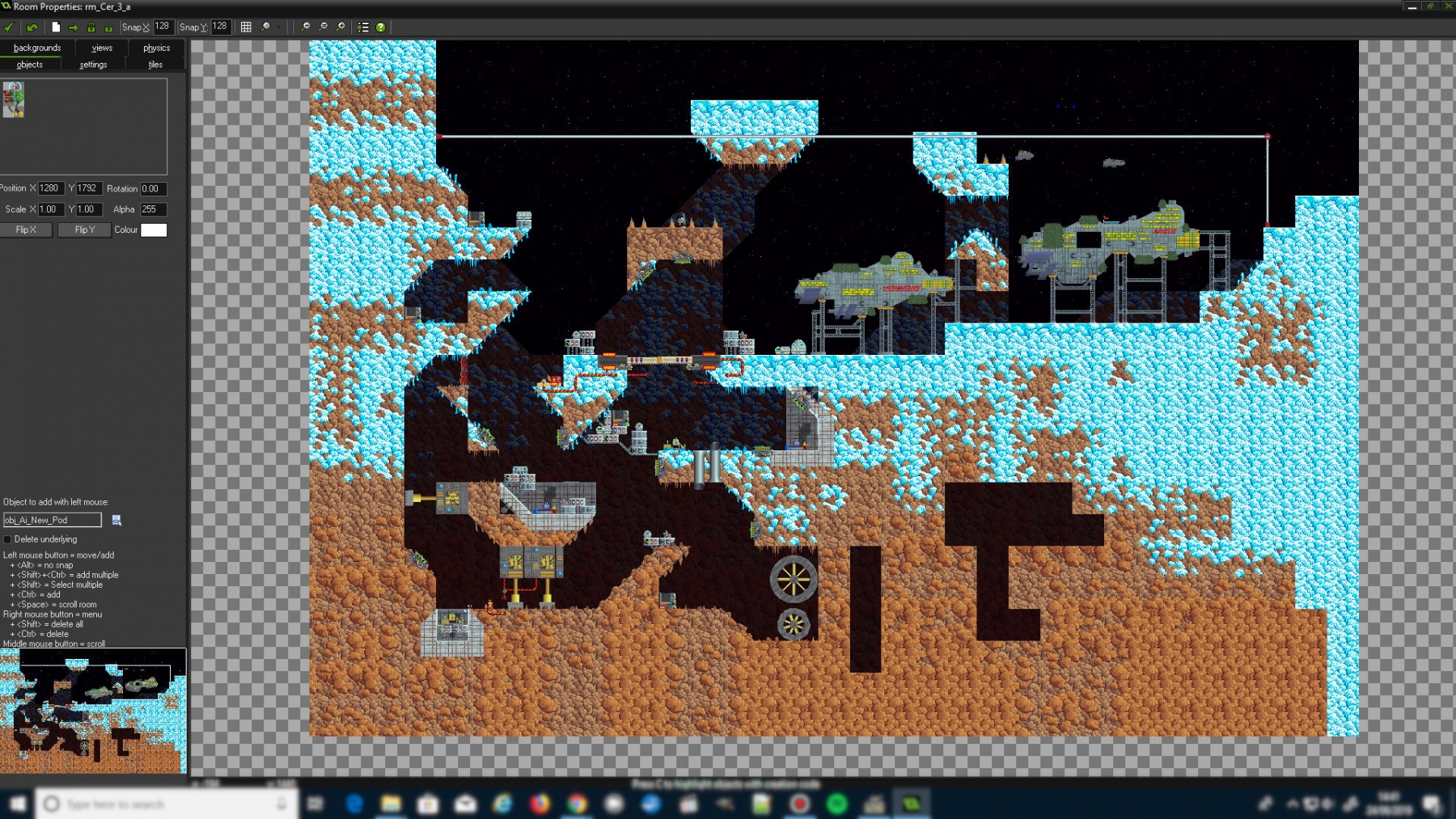 Once it was ready to play test I put the level to the side and moved on to the next one. This gave me some time away sop that I could come back with fresh eyes.

When I returned to the level and reviewed it there were several key changes I made: