Seeking an outlet for my passion to level design I have contributed a number of single and multiplayer maps to the Far Cry Arcade. They are of a high standard and have been well received by the community. Each level here has a description of its gameplay and a break down of its construction. Links their Arcade page are included. 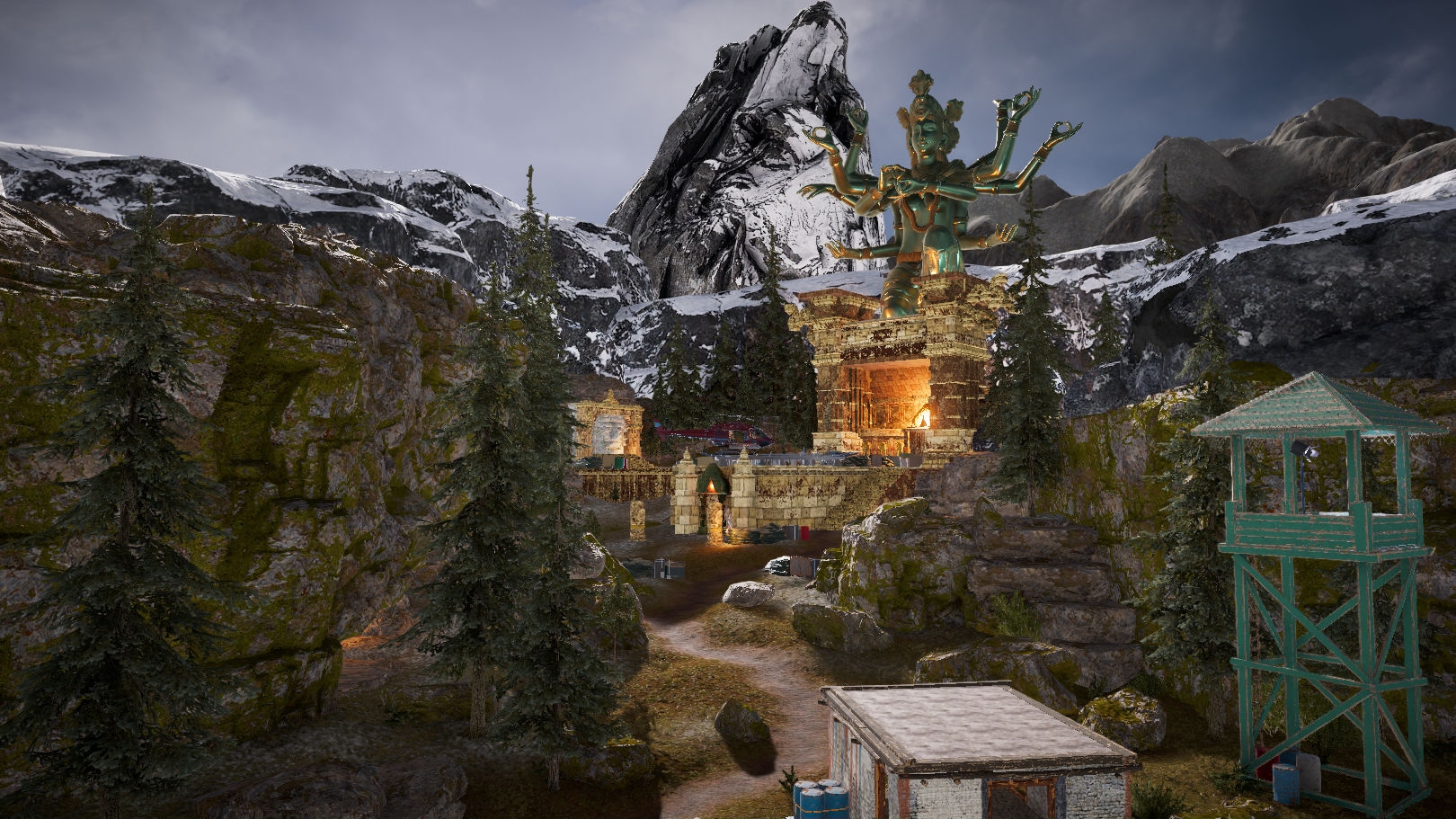 This is a single player map that implements the ‘assault’ game mode and has a 92% user rating on the Arcade. It comprises three open combat areas that provide the player with choices in their combat approach. These are connected together by dark caves with close-quarter reactive combat. The rhythm of the level increases with intensity and leads to an explosive finale.

This is a multiplayer ‘deathmatch’ map set in some trenches and ruins on the banks of the Mekong, during the Vietnam war. It has a circular flow to allow players to be constantly moving and contrasts open areas between ruins with the covered channels of trenches to allow a mix of playing styles. This map is currently in development and has not yet been released.

This is a multiplayer ‘team Deathmatch’ map set in a deep, rocky, gorge. Players can engage in ranged combat, taking cover behind rocks and firing across the gorge, or push down to find better weapons. The gorge mixes wide open areas on the surface with tight, twisting, caves underneath.
This map is currently in development and has not yet been released.