For the pre-production stage of the level I created maps and documents to clearly describe my plan for the level. I also reviewed the available art assets that ship with the Far Cry editor to determine the feasibility of creating the desired alpine environment.

Below is my plan for ‘Stoneheart Bleeds’.

I created three types of map for each area of the level. The first was an abstract flow map that defined the shape of the physical space, the routes for the player to traverse the space, and the areas covered by the Ai.

The second was a detailed map of the environment and the objects that defined it. This map also used colour gradients to indicate the height of the underlying.

The third map showed the positions and types of the Ai, along with the areas covered by their control zones. 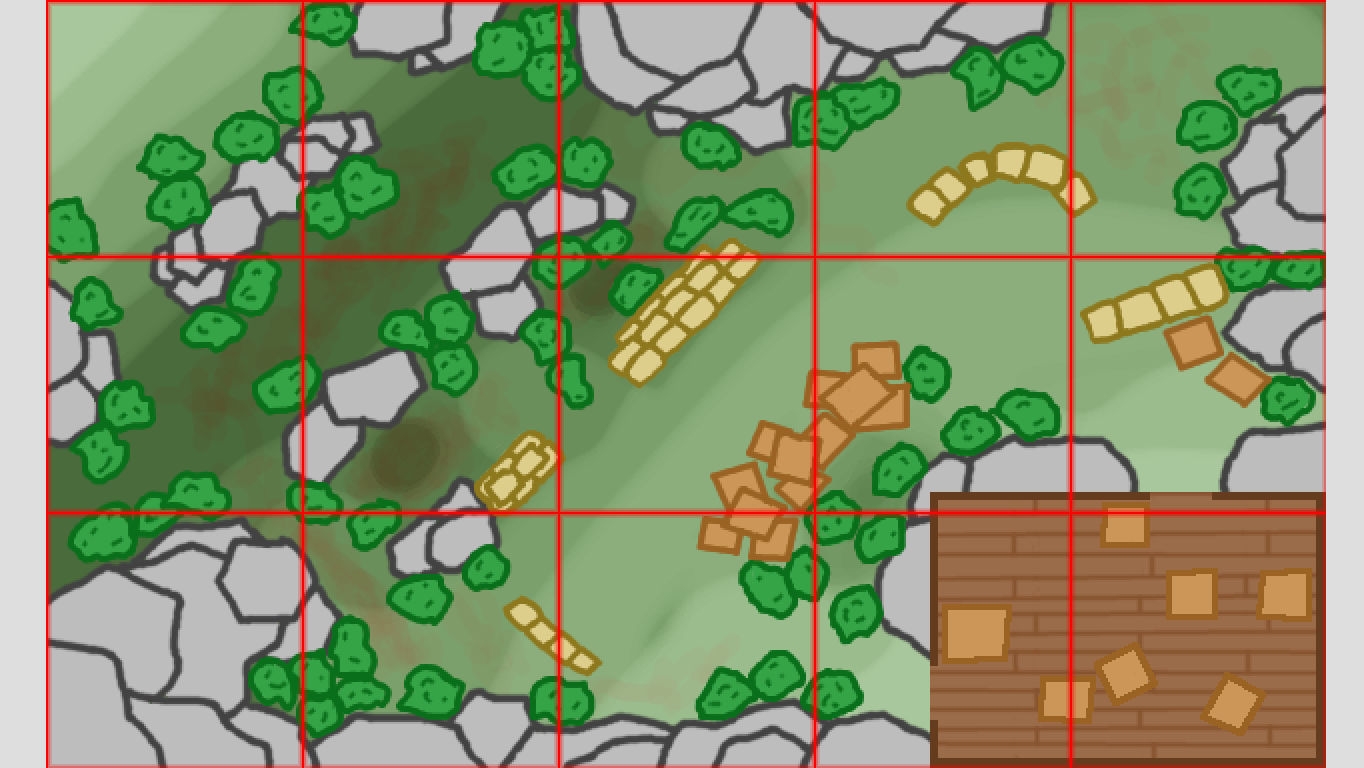 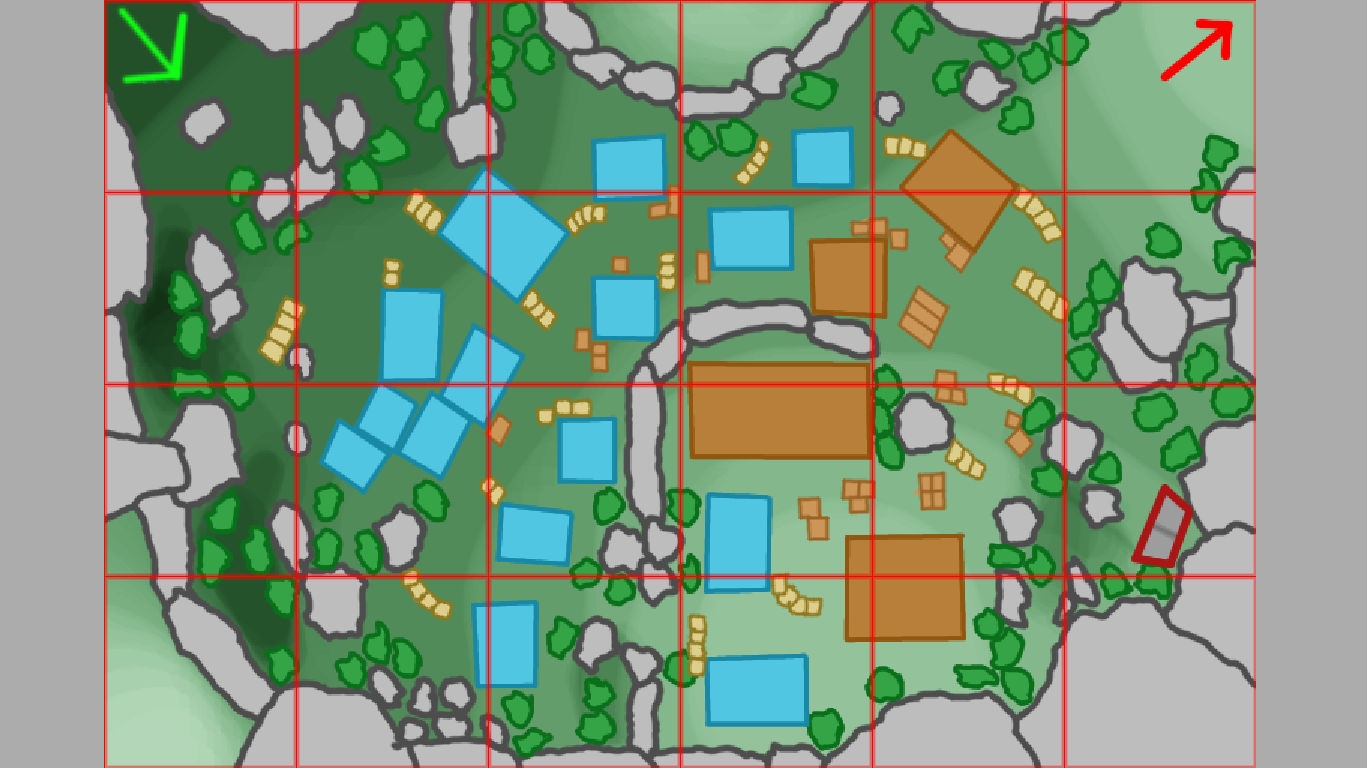 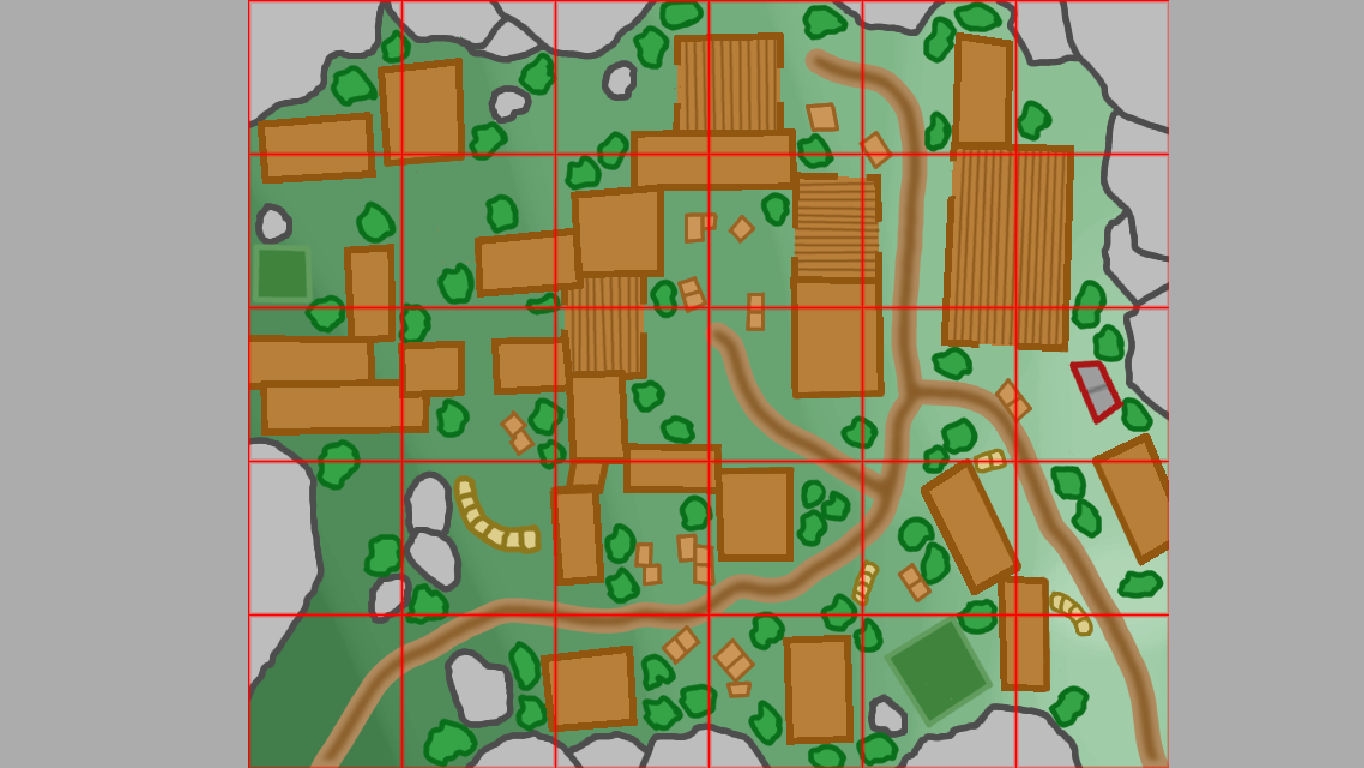 The primary game play of a Far Cry ‘bounty hunt’ map is to kill the designated targets and then escape to the extraction zone.

In ‘Stoneheart Bleeds’ there are three targets protected by guards, with an extraction zone after the last target. To clear the level the player must get past the guards that are protecting each target and kill them. To reach each target the player must move from one position to the next using either stealth or combat.

If they use stealth they must watch the guards movements and choose the best moment to move to the next position unseen. There will be ‘safe zones’, where the player cannot be seen, and exposed cover that is risky. Guards will patrol back and forth across the path between these zones, presenting a variable threat. The player must correctly judge when to move to avoid detection.

‘Stoneheart Bleeds’ is set in the northern alpine region of the fictional country of Gorkovia. The country is coming to the end of a bloody civil war and the defeated rebel army of General Stoneheart has retreated to a mountain stronghold to lick its wounds.

The war cannot end as long as Stoneheart lives and any assault on his fortress would be long and bloody. But perhaps one soldier could succeed where many would fail?

The player is an elite soldier sent to infiltrate and assassinate the key leaders of the rebel army and bring an end to the war.

The usual tech needs of a level are not applicable to this project as the level is created for a released game using finalised assets. However, the asset pool is derived from Far Cry, Assassins Creed, and Watch Dogs, so I must sort through them and identify those that are appropriate to the desired setting.

With a clear plan in place I was now ready to build the level.