Obstacles guide the player into danger. 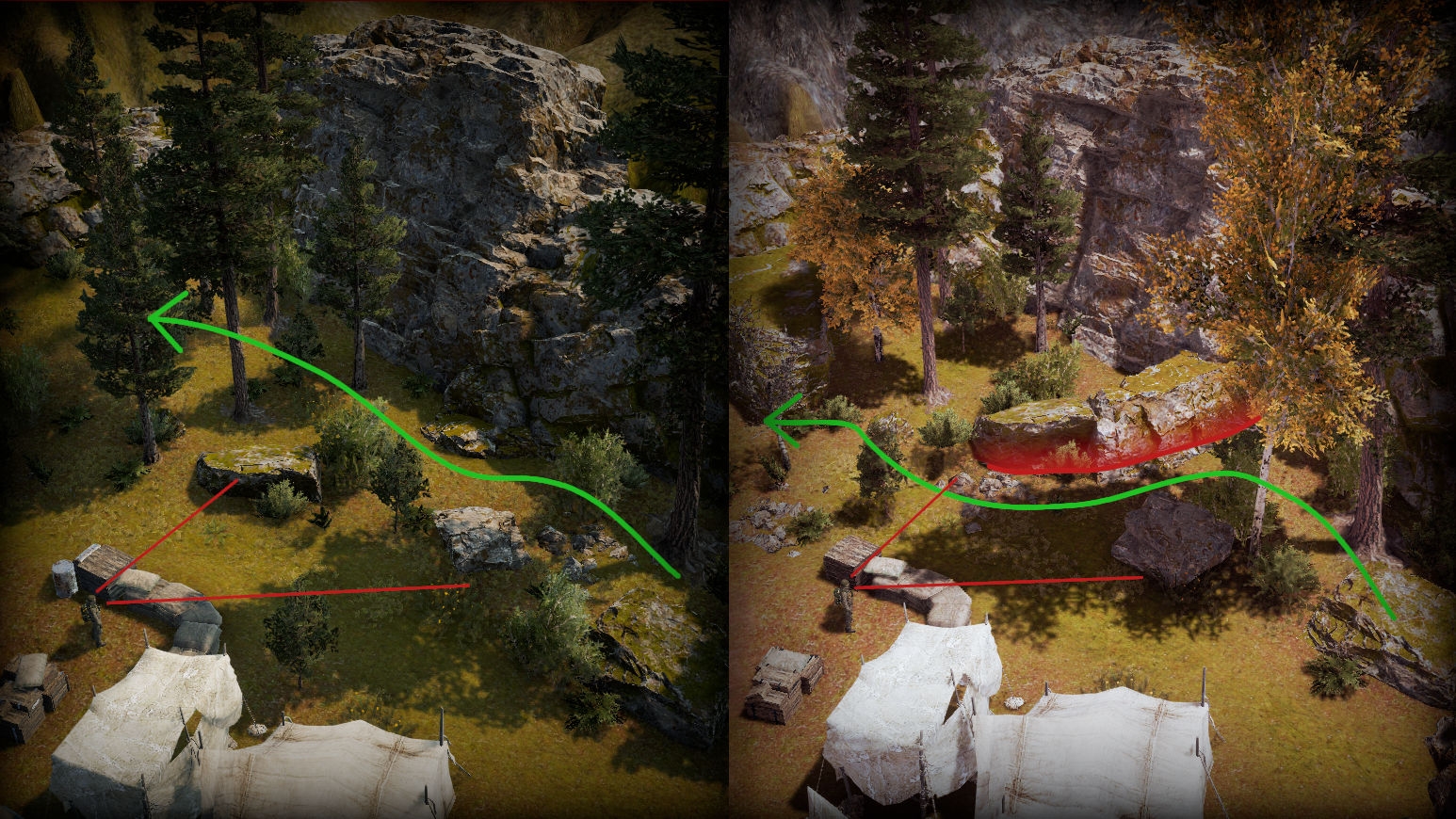